You are here: Home / Archives for Emulsifiers 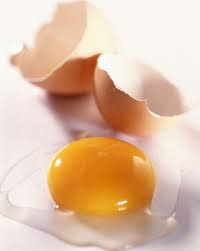 The Story of Emulsifiers in Kosher Food

One of the most commonly asked questions in the Kosher world is “Why can’t I look at the ingredient list of a food to determine whether it is Kosher?”

Because most modern processed foods bear an “ingredient statement,” a legally mandated list of the ingredients used in its production, one may often wonder whether this information is sufficient in making a Kosher determination.

In truth, many reasons make the true Kosher certified status of a product impossible to be divined from reading the ingredient list. First, although many ingredients may be derived from both Kosher and non-Kosher sources, their sources are not obvious from the legal name of the ingredient.

Second, the Kosher certified status of a food depends not only on the ingredients but also on the equipment on which it is produced. A third reason is that certain “minor” ingredients need not be listed at all, even if their use would indeed compromise the Kosher certified status of a product. And fourth, the nomenclature used in ingredient declarations often obscures the true nature of an ingredient and its potential Kashrus implications.

Generic names such as “emulsifiers” and “stabilizers” may sound innocuous, but their Kosher certification implications are far from harmless. The purpose of this article is to offer the reader an understanding of some of the Kosher certification issues relating to these hidden ingredients that blend so seamlessly into the foods we eat.

Many of the foods we eat contain mixtures of different types of liquids, such as water and oil. Often, these liquids tend to separate even after they have been mixed well, such as when blending vinegar and oil to make salad dressing.

Under certain circumstances, however, the repulsion of such liquids from each other may be overcome. Milk contains a certain amount of fat and, indeed, that fat did at one time tend to separate after a while. Those who remember milk before the days of homogenization can recall that when a bottle of milk was delivered to the home, a layer of cream had floated to the top. However, the milk and cream were originally mixed together when the milk came out of the cow and by simple mixing they could be recombined, albeit not permanently.

The term emulsion, from the Latin emulgere (milk), was coined to describe this phenomenon. It was later understood that milk contains a number of natural emulsifying agents, and as science began to understand the nature of these chemicals, many types of emulsifiers were developed to address a varied list of food and chemical requirements. Today, we augment these natural emulsifiers by homogenizing milk, which involves breaking the oil droplets into such small particles that they can remain suspended much longer in the milk without separating.

The problem with mixing oil and water is that each liquid tends to attract molecules that are similar to it and repel those that are different. Fats are part of a category of chemicals called esters, complex chemicals produced by the reaction of an acid and an alcohol. (The term was coined by the German chemist Gmelin as a contraction of the German Essig (vinegar) and Äther (ether).) In the case of a fat, the major ester is composed of three fatty acids and glycerol (glycerin), and is known as a triglyceride.

The structure of the three ester bonds is nonpolar, which means that electrical charges are evenly distributed. Water, on the other hand, is polar, which means that some positive and negative charge are always found separated, with the positive at the two ends (hydrogen molecules) and the negative in the “middle” (oxygen molecule) of the molecule (of H2O). Therefore, when triglycerides and water are mixed, they quickly separate.

A long-recognized fact, however, is that triglycerides can be treated with chemicals to allow them to mix with water; this is the process used to make soap, a classic emulsifier. In this process, lye (sodium hydroxide) creates a mixture that is predominantly sodium stearate (soap) and glycerin. One end of the soap molecule is attracted to water (hydrophilic, water loving) whereas the other end is attracted to oil (lypophilic, fat loving, or hydrophobic, water hating). By providing a bridge between the two materials, both the oil and the water can remain mixed together. Food emulsifiers function in essentially the same way.

The French arguably gave us one of the earliest applications of the use of natural food emulsifiers. Mayonnaise is a blend of vinegar (acetic acid and water) and oil, a trick that seems to defy the conventional rules regarding the mixing of oil and water. However, necessity is the mother of invention—in this case, the use of lecithin (and cholesterol) as an emulsifier.

The story is told that, in 1756, the French chef of the Duke of Richelieu was preparing a victory feast to celebrate his master’s defeat of the British at Port Mahon. His creation called for a sauce made of cream and eggs, but realizing that he had no cream in the kitchen, he improvised, substituting olive oil for the cream.

A new culinary masterpiece was born and the chef named it “Mahonnaise” in honor of the duke’s victory. Although he succeeded in keeping the vinegar and oil mixed together, he probably did not realize that it was the lecithin and cholesterol in the eggs that allowed this feat to be accomplished. Lecithin is an ester of glycerol with one of the fatty acids ending with a phosphoric acid derivative that can attract water, while the rest of the molecule can attract fat. Cholesterol is a complex molecule that has both hydrophilic and lypophilic regions.

Both attract both fat and water; that is, they function as emulsifiers. Although mayonnaise continues to be made with egg yolks, virtually all the lecithin used as a food emulsifier in other food products comes from soybeans. Soybeans are inherently Kosher. However, fatty acids are often added to lecithin to improve its consistency, so the source of these fatty acids is a major Kosher certification concern.

Lecithin can also be treated with certain enzymes to enhance some of its properties, and such enzymes are often derived from non-Kosher animal tissue. An additional concern relates to Passover. Many foods, notably chocolate and margarine, use lecithin as an emulsifier, so such products must be reformulated for Passover use.

Monoglycerides are excellent emulsifiers and may be used alone, further reacted with other chemicals, or used in combination with other emulsifiers to achieve the desired results. (The diglycerides that are a by-product of this process have no active emulsification properties and may be left in the product, creating a product called mono– or diglyceride, or removed to leave purified distilled monoglycerides.)

In addition to emulsifying oil and water, mono- and diglycerides offer an additional advantage to the food industry. Although these products are derived from fat, a quirk in labeling law makes them no longer considered fats and foods that contain them may be labeled “fat free.”

The production of this type of emulsifier poses a number of Kashrus concerns. First, the source of the original fat must be Kosher. Unfortunately, animal fat is often significantly less expensive than vegetable fat, and both produce an equally functional monoglyceride.

An economic incentive therefore exists to use animal-based monoglycerides, especially because the animal-based version may be added to a “vegetable oil” product without being declared an animal derived. (These emulsifiers are permitted in 100 percent vegetable oil without further labeling.) In addition, even if all the ingredients of a given emulsifier are vegetable based, many emulsifier manufacturers produce both animal- and vegetable-based versions on the same equipment.

These facilities therefore require careful cleaning and Kashering to produce Kosher products. An additional concern stems from the glycerin that is added to produce such emulsifiers. Synthetic glycerin is produced from petroleum and poses no inherent Kashrus concern. However, as noted in the description of the production of soap, the splitting of a triglyceride results in the production of glycerin, and commercial glycerin is produced from both animal and vegetable fat sources. Care must therefore be taken that the glycerin used in the production of Kosher emulsifiers come from Kosher sources.

Certain emulsifiers have properties in food production in addition to allowing the mixing of oil and water. Monoglycerides can be reacted (esterified) with tartaric acid to produce a chemical called DATEM (diacetyl tartaric ester of monoglyceride) that reacts with both starch and protein and is especially useful in the production of bread.

By binding with these components of flour, it allows for easier processing of the dough and makes the dough rise better. In addition to the Kosher certification concerns raised with the monoglyceride component, tartaric acid poses another area of potential concern. Tartaric acid has historically been derived from the sediment that crystallizes in wine casks in the form of argol, which remains the major commercial source for this chemical. Virtually all such tartaric acid is produced from non-Kosher wine and grape juice, raising a question as to its Kosher status.

Another emulsifier commonly used in the baking industry is called SSL, sodium stearyl lactylate, which is produced from lactic and stearic acids plus other chemicals. By binding to starch, it has the ability to retard the staling process in baked goods, thus increasing their shelf life.

Although the lactic acid poses no dairy concerns (it is produced through the fermentation of various types of sugars and should not be confused with its linguistic cousin “lactose”), the source of the stearic acid is a significant issue. Stearic acid is a fatty acid produced by splitting fat molecules, and even if the fat itself is Kosher, if the facility also processes animal fats, care must be taken that the equipment on which it is produced is properly Kosherized from non-Kosher fatty acid production.

Another common class of emulsifiers is called polysorbates, which is produced by the esterification of sorbitol and a fatty acid. In addition to the Kosher certification concerns regarding the status of the fatty acids, the use of sorbitol opens new vistas in the Kosher certification concerns regarding emulsifiers. Sorbitol is produced by the hydrogenation of glucose and usually poses no year-round Kosher concerns.