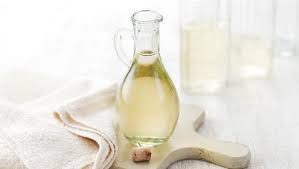 The Story of Vinegar

Many of the foods we eat today have been with us since times of antiquity. However, the methods by which they are produced today may differ significantly from traditional processes and give rise to new Halachic issues and challenges.

An interesting example of such a product is vinegar. Historically, vinegar was a by-product of the winemaking industry; the name is derived from the French words vin, meaning wine, and aigre, meaning sour.

During this souring process, the alcohol in the wine would be converted into acetic acid by the action of Acetobacter (bacteria that grow on alcohol and produce acetic acid). Wine that spoiled became vinegar and was thus considered inferior to wine. Its value was recognized, however, as an aid in the preservation of food and as a favorite condiment used to ameliorate the effects of heat on Boaz’s workers (Ruth 2:14).

The major Halachic (Jewish law) concern relating to vinegar has historically been that of S’tam Yaynam; Kosher certified vinegar could be derived only from Kosher certified wine. Today, vinegar is made from various raw materials with differing questions and practical Halachic applications.

Conventional vinegar fermentation requires alcohol to be diluted to about 12 percent (similar to the natural alcohol concentration in wine), resulting in vinegar that is about 12 percent acetic acid. Vinegar of this strength is referred to as 120-grain vinegar, which is the industry standard. (Each grain equals 1/10 percent of acetic acid.) Because water constitutes the bulk of such vinegar, it will not freeze uniformly at 16.7°C and is not called glacial acetic acid. The acetic acid strength of vinegar can be increased by removing some of this water, but producing glacial acetic acid through fermentation of alcohol and subsequent concentration is not generally considered economical.

The equipment used to ferment vinegar has also changed over time. One of the primary concerns in the fermentation process is to ensure that sufficient oxygen is available to the bacteria. Until recently, the fermentation equipment consisted of a large tank of wood shavings that had been inoculated with the bacteria. The alcohol solution would be continuously trickled over the loosely packed wood shavings, allowing for an ample supply of oxygen during the fermentation. More recently, special fermentors called acetators have been developed, in which air is pumped into a tank of alcohol solution and bacteria.

Bacteria normally found in the environment, the classic culture source, often fostered fermentations that yielded undesirable flavors and characteristics. As is the case in almost all modern fermentations, vinegar fermentations today use specific bacterial cultures that have been isolated and proved to be most effective for this purpose. Bacteria, however, do not live by alcohol alone, and the dietary needs of these bacteria give rise to interesting Halachic considerations.

The difference in taste between different types of vinegar stems from the nonacetic acid portion of the vinegar. Today, three major types of vinegar are produced. Wine vinegar is produced the old-fashioned way, using (second-quality) wine. Because the level of alcohol in wine is nominally 12 percent or less, no adjustment to the concentration of alcohol is necessary. In addition, wine contains an array of the micronutrients preferred by finicky bacteria, so additional ingredients may not be required. The distinctive flavor of wine vinegar comes from the 88 percent of the wine that is not reacted during the vinegar conversion.

The Kosher status of such wine vinegar depends on the Kosher status of the wine used for the fermentation, and most such vinegar does not bear Kosher certification. (The H. J. Heinz Company, as well as Royal Wine Company, produces wine vinegars that are indeed Kosher approved.) Please note that wine-flavored vinegar generally refers to white vinegar that has been colored and flavored to imitate wine vinegar. Such a product may bear Kosher certification, provided that the flavorings and colorings are Kosher.

Apple cider vinegar is produced through a double fermentation in much the same manner as vinegar is derived from grape juice. Again, the distinctive flavor of apple cider vinegar is derived from the nonalcohol portion of the cider. Apple cider is also replete with micronutrients, and the bacteria are generally quite content to grow in this medium without additional nutrients. For this reason, Kosher for Passover vinegar historically has always been cider vinegar because it could be produced without vinegar nutrients that often posed a Pesach concern. Cider-flavored vinegar can be produced from white vinegar using appropriate flavors and colors.

Other fruit juices such as pineapple, sugarcane syrup, rice wine, and corn sweeteners are used to produce specialty vinegars. Malt syrup is also used to produce malt vinegar, which is prized for its taste as well as its dark color, which may be Kosher, provided that it is not produced on equipment also used for non-Kosher wine vinegar.

White vinegar is produced through the fermentation of ethanol that has been derived either through fermentation of carbohydrates or from petrochemical sources. In some countries, this type of vinegar is called “spirit” vinegar and may be produced only from fermentation of alcohol. The source of the alcohol may be important because trace impurities in ethanol differ from source to source and have a discernible effect on the taste of the resulting vinegar. In the production of vinegar, the alcohol must first be diluted to about a 12 percent concentration, and additional micronutrients must be added to allow the bacteria to thrive.

Ethanol can be derived from the fermentation of different types of carbohydrates, and in many countries, excess wine as well as sugars left in grape pulp after grape juice has been squeezed from the grapes are converted into industrial ethanol. Alcohol derived from S’tam Yaynam is not considered Kosher; vinegar made from such alcohol would be Halachically classified as “wine” vinegar even though it is sold as white distilled vinegar. (Some authorities have argued that alcohol produce from the fermentation of the pulp that remains after squeezing out grape juice—marc alcohol—would be permitted. This position, however, has not been generally accepted.)

Another carbohydrate often fermented into alcohol is lactose (milk sugar). In certain countries (for example, New Zealand and Ireland), such alcohol is the predominant base for the production of vinegar, which should at best be considered dairy.

Vinegar sold as a consumer product is typically diluted with water to 5 percent acidity level. Common industrial vinegar is sold as 120-grain vinegar (12 percent), although recent improvements in vinegar production have allowed for fermentation at greater than 160 grain. Vinegar of 200 or 300 grain is obtained by freezing 120-grain vinegar and concentrating it through selective crystallization. (This is the same process used to raise the alcohol content of “ice house” beers, in which beer is frozen to create ice crystals. The ice is then filtered out of the beer, reducing the amount of water in the beer and raising its alcohol level.) A more recent process of concentrating vinegar involves the use of reverse-osmosis filtration.

Concentration of vinegar to greater than 300 grain is generally not considered economical. In some countries, vinegar is distilled to reduce the concentration of metal ions, and the product is called distilled vinegar. This process is not common in the United States, however, and the appellation white distilled vinegar generally refers to the distillation alcohol from which the vinegar is derived. In recent years, white vinegar has posed several Kosher certification concerns.

Another set of issues concerns Passover vinegar. Because the alcohol used to produce vinegar may be Chometz (fermented grain prohibited on Passover), one is not allowed to eat or own such vinegar on Passover. This is a serious concern for Jewish-owned companies that are Kosher certified. This would not be a concern with fermentation alcohol from corn, but a significant amount of industrial wheat alcohol is produced in the United States. (In Europe, even alcohol ostensibly derived from molasses may be adulterated with significant amounts of alcohol recovered from spoiled beer that did not make it to the pub.)

For this reason, Jewish-owned companies that use vinegar are required to purchase vinegar produced from non-Chometz alcohol during Passover. (The use of nutrients that contain Chometz in non-Chometz alcohol, however, would not create vinegar subject to the prohibition of owning Chometz because the nutrients would be Halachically insignificant.)

Vinegar that is approved for Passover use is generally produced from petrochemical ethanol—hence the term synthetic vinegar. In addition, although the usage level of vinegar nutrients is minute, vinegar approved for Passover must be entirely free of any concerns of Chometz. Special formulations of vinegar food for Passover must therefore be prepared for such productions. However, some of the necessary ingredients are difficult to procure for Passover, and indeed, recently no Passover white vinegar was produced. Glacial acetic acid may be diluted and used as a replacement for Pesach white vinegar, but it cannot be labeled as “vinegar” in the United States.

Vinegar is traditionally not considered appropriate for use in this process because its acetic acid concentration is too low and the cost of concentrating the vinegar to an acceptable acidity is generally considered prohibitive. Unfortunately, industrial productions in some parts of the world are not subject to conventional economic constraints, and it was discovered that the Chinese have—in at least one instance—deemed it appropriate to concentrate corn based vinegar for the production of sorbic acid.

Although sorbic acid had been considered generally innocuous as regards Passover, this is clearly no longer the case. The only sure bet in Kosher certification is that things change, and this finding should reinforce our resolve to be ever vigilant to the vicissitudes of the food industry.